During the 12th century Raja Ballal Sen was the second ruler of the Sen dynasty in Bengal. King Ballal Sen use to spend money extravagantly and finance was provided by the great banker Gauri Sen, who belonged to the “Subarna Banik” community. When these loans exceeded a certain limit, Gauri Sen stopped supplying money to the King. As a revenge, Ballal Sen, who believed in the caste system among Hinduism, conspired against “Subarna Banik” and degraded them to a lower caste from the Brahmin community.
Later on, in 15th century, Sri Sri Uddharana Dutta Thakur, the eleventh among the twelve Gopalas (Cowherd Boys), was an exalted devotee of Lord Nityananda Prabhu. Uddharana Dutta belonged to the “Subarna Banik” community and he lived at “Saptagram” in the district of Hooghly. Uddharana Dutta’s devotion towards Nityananda Prabhu was so true from the heart that his devotion purified the entire Banik Community. Thus the Subarna Banik community was again elevated. Saptagram became the commercial hub of this community. Later on, Many successful merchants moved to Calcutta and expanded their business.
History tells us that Kolkata, previously known as Calcutta, was developed under the British rule by the influential community and expecially by the Subarna-Banik community. “Subarna” means gold and “Banik” means traders. Since they came from Saptagram, they are also know as “Saptagrami Banik”. They established their gold business and built homes mainly around Central and North Calcutta. At that time more than half of Calcutta belonged to this community. Mullicks and Seals owned majority of the properties in Calcutta. 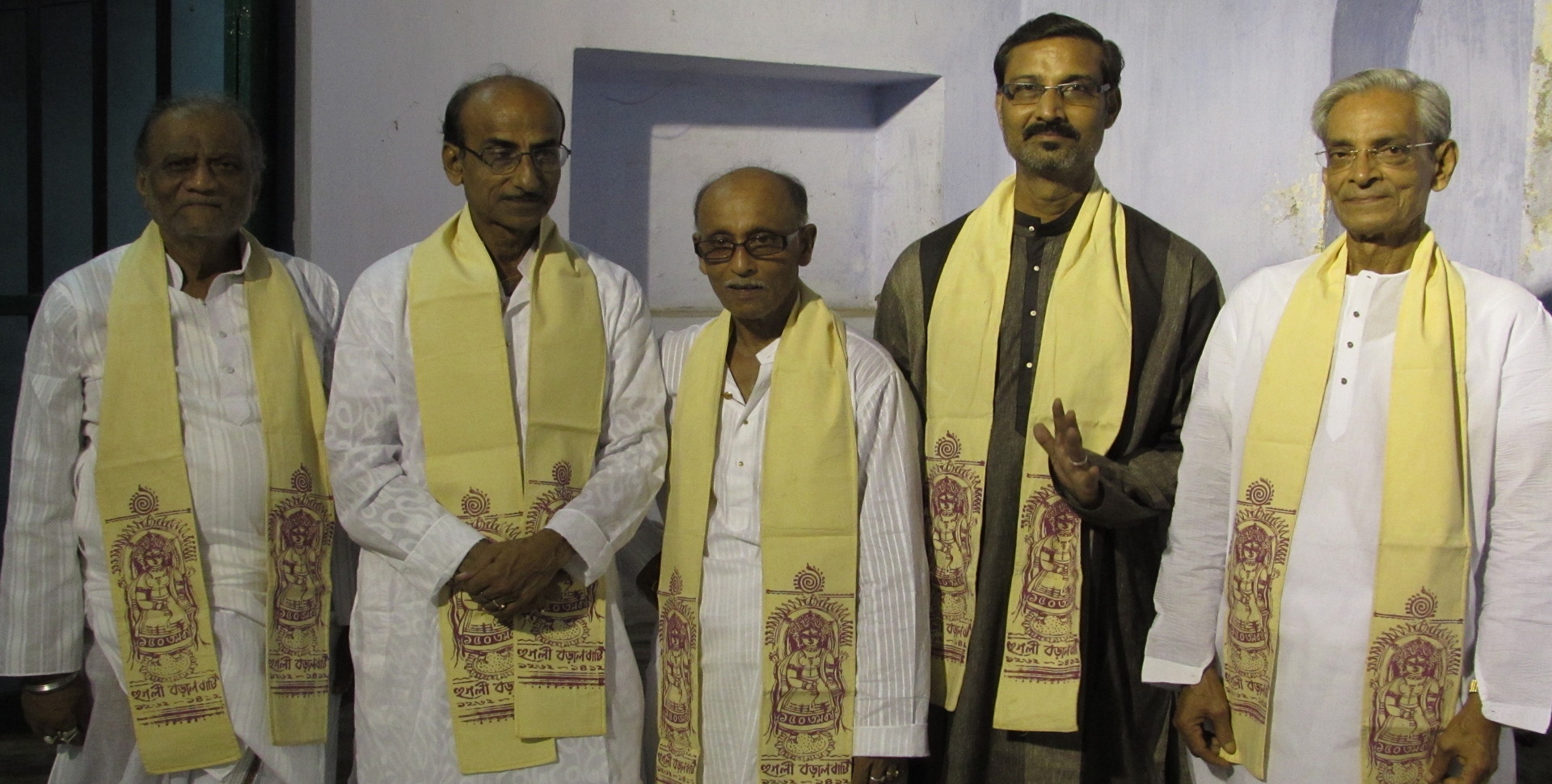 Our ancestors shifted from Saptagram to a nearby place – Hooghly. They built a house near the River Hooghly and named the area “Boral Lane”. They also established a Ghat on the Hooghly River known as the “Boral Ghat”.
Shri Kartick Chandra Boral used to visit Calcutta regularly for his business of gold and silver. His business flourished at an office set up at Sonapatti in Burrabazar. After the death of Kartick Chandra Boral, his five eligible sons shifted from Hooghly to Calcutta and built up a house at 9, Sikdarpara Street in Burrabazar. Messers Prasad Das Boral and Bros. was set up in 28, Swallow Lane and this company dealt with bullion trading and G. P. Notes. Messers Prasad Das Boral and Bros is one of the seven founders of Calcutta Stock Exchange, which was incorporated in the year 1908. This business of GP Notes not only flourished in Bengal, but it flourished all over India too.
Though the descendents of Kartick Chandra Boral settled down in Calcutta, a major part of Boral family stayed back in Hooghly, who are also well settled over there.

Our ancestors say that this Durga Puja was started in the year 1855 (Bengali year 1262) by Shri Brindaban Chandra Boral. He dreamt of the image of Sri Sri Durga Mata and thus this puja started according to Vaishnav rules.
Every year, the entire family from Kolkata goes to Hooghly to celebrate the Durga Puja. They reside in “Gopal Bhawan” and the Puja is held in the Mandap (courtyard) of the building opposite to “Gopal Bhawan”. These two buildings were once connected by a covered bridge so that the female members do not have to come out of the house to go to the other building. The bridge broke down in the year 1997 due to the ill-maintenance.
Earlier this puja was organised by individual family on a rotational basis. But now it is organised by Sri Sri Gopal Jew Trust. This trust is run by a governing body consisting of a member from each family. Right now we have a six-member governing body consisting of Dilip Kumar, Protap Chand, Jitendra, Ajay Kumar, Pradip Kumar and Dwipendra.